Skype, 1000heads and Famous Frames Artist Drew Pierce joined forces for live art at Film Independent’s 2014 Spirit Awards, straight from the red carpet. Here are some of our favorite moments from the event! 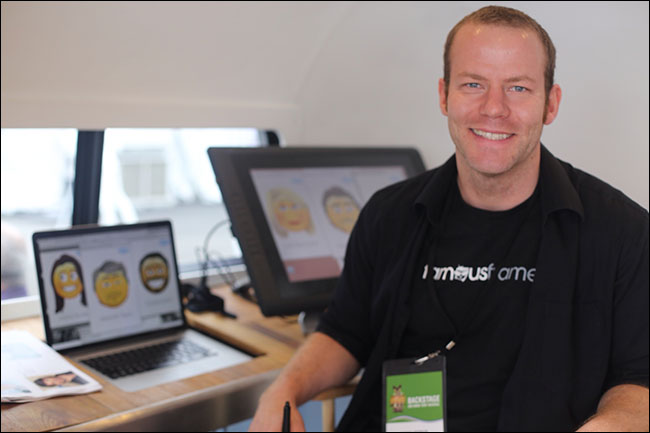 Drew turned the stars into live emoticons. After the event, he shared with us what it was like to be there. “I had a great experience working for the Skype promotion at this years Spirit Awards. It was set on the coast of Santa Monica during the looming threat of a rainstorm. It reminded me of my years working on hectic film productions when I first moved to Los Angeles. There's a nervous fun energy, like magic could happen at any moment and nobody quite knows what the day will bring. 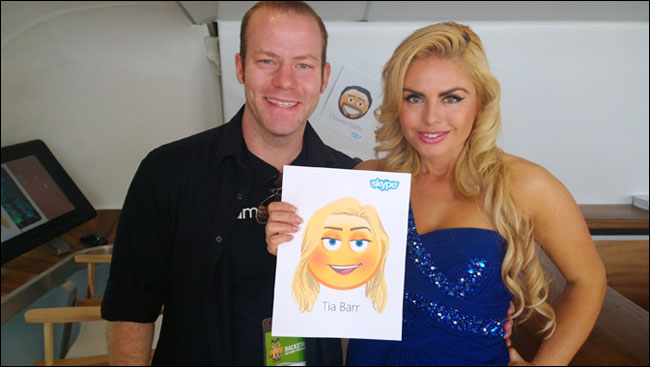 At noon, the attendees flocked their way through media outlets.We were set up in the Skype Airstream where young film graduates would wrangle stars and perform brief interviews and Skype chats. During the interviews, my job was to design and print an Emoticon characterization within the 5-10 minutes the celeb was present. Our first celebrity of the day was Adewale Akinnuoye-Agbaje (I know as Mr. Eko from Lost). 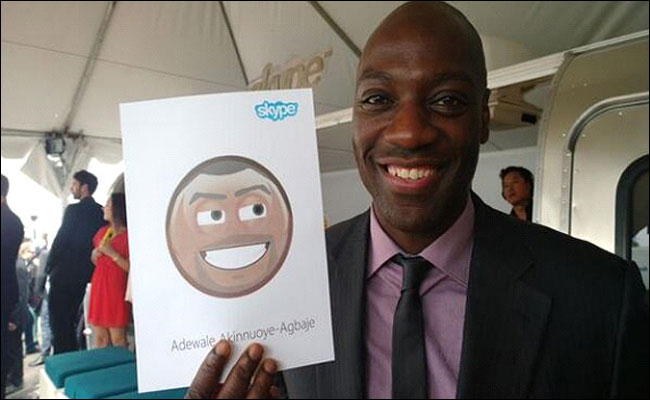 A normal character usually takes at least 30+ minutes to create, so I developed a series of expressions and shortcuts to streamline the process. It was similar to the symbol based system South Park uses to tune out episodes in lightening speed. The day was very different from my normal work, but a nice change of pace. I loved chatting with attendees as I drew them. As artists it's rare to perform in front of people, or even be in the room with people, so it was awesome to feed off everyone’s enthusiasm.” 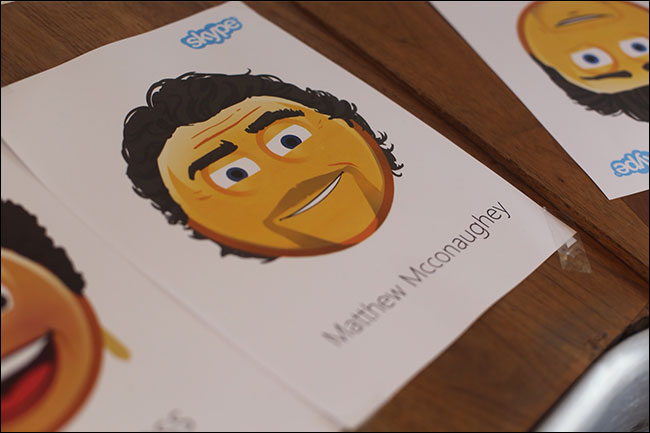 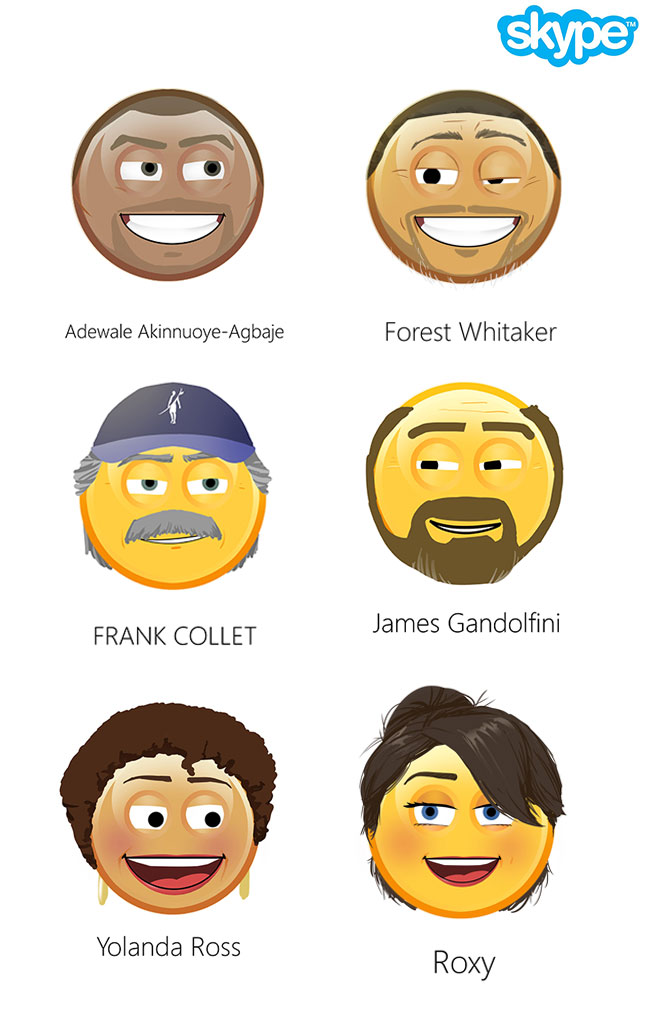