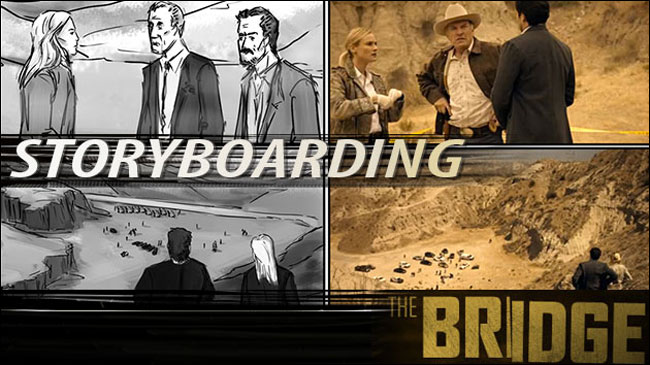 The ADC Festival of Art + Craft in Advertising and Design was created to align with ADC's mission to celebrate and inspire creatives in the industry.

As an art and creativity lover I was so inspired at the ADC Festival of Art & Craft in Advertising and Design. I had the pleasure to attend several workshops led by designers, educators and innovators in the Advertising and Design industry.  Festival attendees were also privileged to see the premiere of InspirADCion short film series that featured the legend Lee Clow. Speaking of legends, Cindy Gallop and George Lois kicked off the award shows with so much energy and motivation. In the end, the highlight for me was working with our very talented artist Renee Reeser. She was tasked with creating  three live art pieces in a very short period of time and each one was unique and breath taking. Renee left the ADC with a lot of fans who cannot wait to work with her on their next award winning campaign. 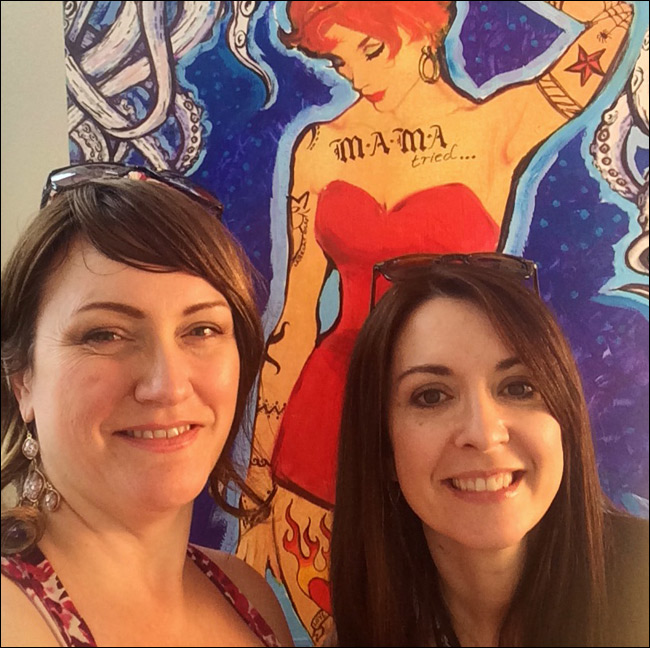 Partnered with MAMA Agency, Renee was tasked with painting live on a giant 3x3 cube for an instillation at the Festival. 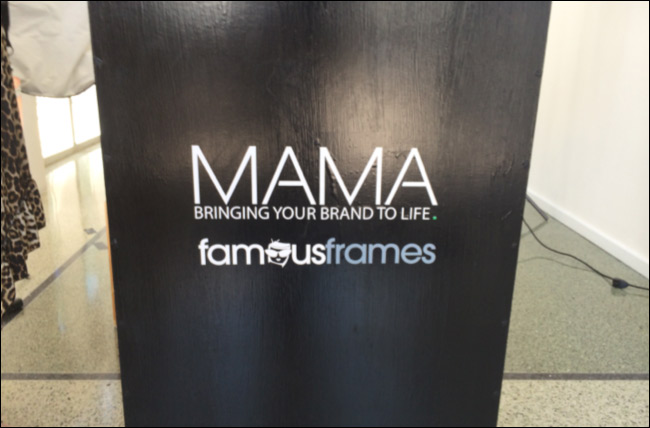 Though there were many creative workshops taking place at the Festival, Renee received quite an audience at her live art station. When asked her how she prepared for the event, she said:

I'm a research junkie. So as with any project, I decided to hit the ADC websites and blogs and learn as much as I could about the festival, past and present. In addition, event co-sponsors Tim Wooster and Michelin Hall from the MAMA agency expressed an interest in creating a visual theme that was inspired by Jack Kerouac's On The Road and the wonderful art found gracing the walls of the trendy Ace hotels. A visually exciting and dubious challenge for three live paint sessions.  Beyond that, I'm a control freak.  Not being on site in advance to understand the space, substrates, etc, forced me to prepare a safety net of sorts.  I pre-planned my imagery and created digital files for print output to incorporate and do a mixed media piece, as the festival ran 8 hours a day for three days and I had three paintings to produce to appeal to a cross section of creatives from around the globe.

Since the vibe of the festival was teaming with mixed energies, we wanted to know if that had any effect on Renee’s work. She shared this:

Absolutely! While I did some image preparations, they served only as a "skeleton".  The "skin" of the work evolved based upon my workflow and interactions with attendees and hotel guests alike. I was placed in a breezeway of sorts behind a glass wall.  One particularly spontaneous and joyful moment was when a hotel guest from the UK was passing by with his very young son who looked to be about 4 years old- the little boy's face was pressed up on the glass, staring intently at what I was doing. I motioned for them to come in and join me.  I asked the young man if he was an artist. He answered with a resounding yes and began an energetic interchange with me, resulting in me handing over my brushes and palette to him and allowing him to place a few stokes on one of the pieces-  Priceless! 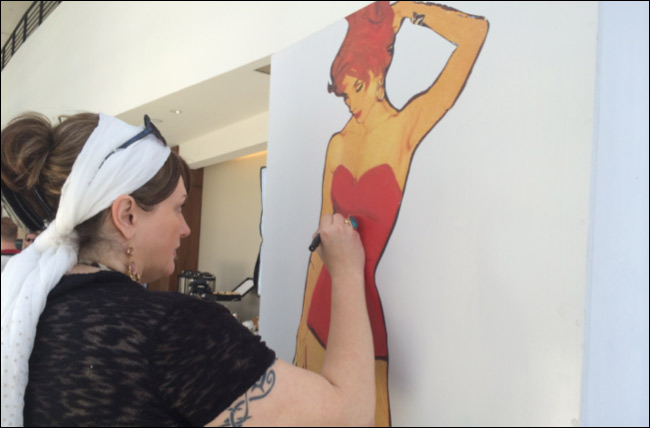 Renee also pointed out that painting live was very different from painting in a studio.

“They say in space, no one can here you scream. Same for the safety of my art studio. If I make a "mistake", no one knows. So in live painting, I subscribe to the Bob Ross school of painting, and have 'happy accidents.'"

Aside from working diligently in front of an audience, Renee found another challenge in her project:

The ADC award is a cube, so it is only appropo that I paint on a large cube! I'm tall and have a long reach, so size and angles were easy to contend with. The biggest challenge to overcome was working with a broken arm. Thank God it was NOT my painting hand! 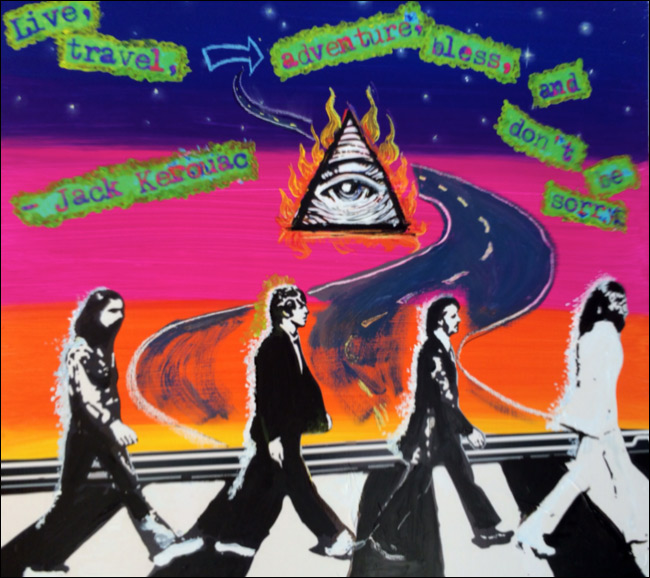 Indeed! But when we asked Renee for her over all feeling on the experience she said:

I went the ADC Festival and all I got was this lousy T-shirt?! Kidding, I came away with new friends, spent time with our incredible NYC rep Noelle, got to meet one of my favorite illustrators, Gary Baseman, and one of my "She-roes", Cindy Gallup. Above and beyond that, I take away inspiration.  These participants are creatives on top of their game from around the world. To be in their presence is awe-inspiring. 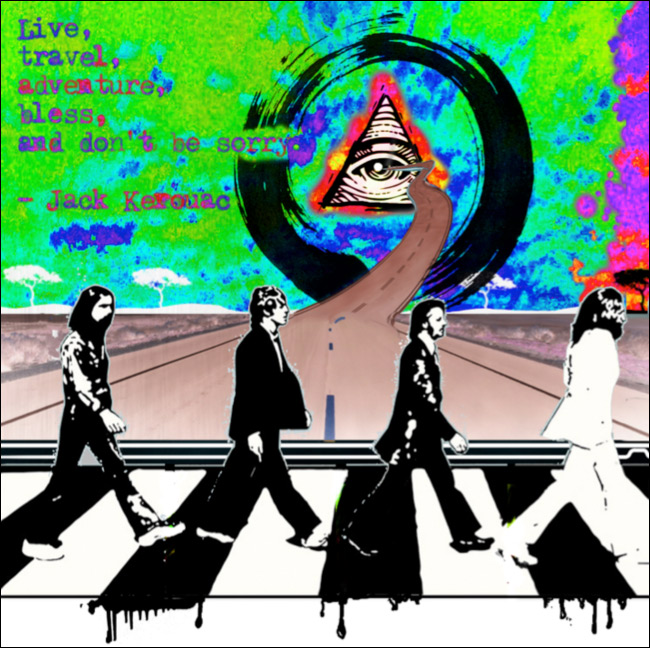 Take a look at her instagram @reneereeserzelnick to see how Renee’s art evolved throughout the festival and more!