Comic-Con 2014 was AWESOME! There was so much cool stuff to see, from the Studios bringing the biggest films to the event, to a number of stars making special appearances. "Batman v Superman: Dawn of Justice" showcased a sneak preview, while Legendary announced its plans for a Skull Island film. Marvel showed off trailers for "The Avengers: Age of Ultron" and the sequel to "Guardians of the Galaxy," called "Guardians," were screened to rave reviews. 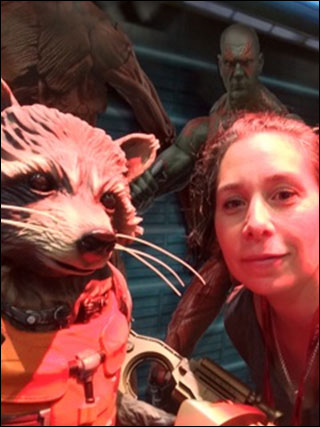 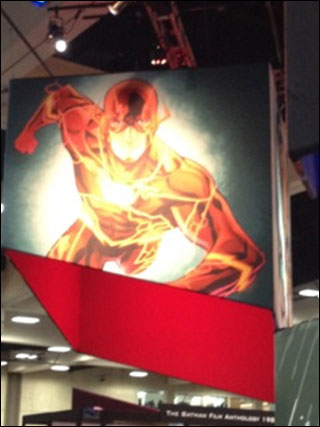 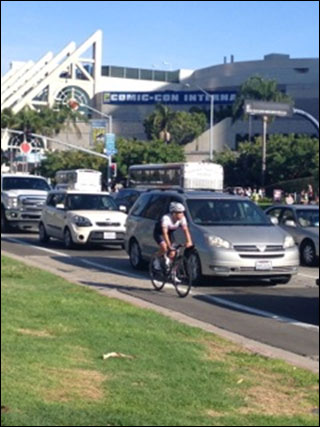 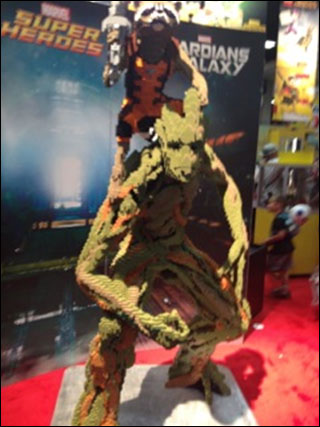 There were TV premieres, teaser trailers, industry announcements, exhibits, installations, panel discussions and A-list appearances. The four-day ‘celebration of the popular arts’ now encompasses the full spectrum of geek culture, including horror, fantasy, anime, action, and video games!  Comic con is now so well covered, that you can read all about Matthew McConaughey and Christopher Nolan’s surprise appearance, and other big news anywhere online. We want to share our Famous Frames Agents' first experience at Comic Con! 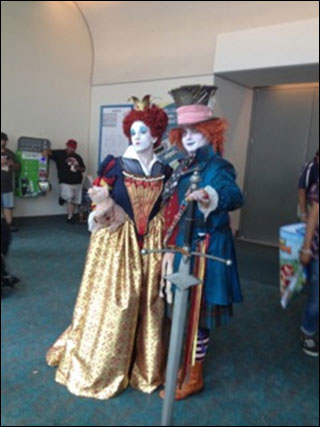 Mad Hatter and the Queen of Hearts

When we first got to SDCC 2014, it became clear that the city was completely taken over by Comic Con. We made our way into the main exhibit hall and saw a bunch of crazy stuff! Some notable Displays were Marvel's Avengers, Guardians of the Galaxy, and Legos. When walking around, you will see people in all manner of costumes, like these two dressed as the Mad Hatter and the Queen of Hearts. We were also able to make some valuable connections, making sure to slip a card to TMNT Michelangelo. Hot Wheels was showing off a very cool Darth Vader Car, and Tara's son Devon got up close and personal with a Lego Dude! 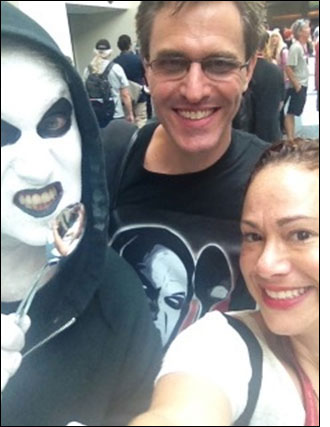 For Pam, a highlight of Comic Con was independent film makers showing off their stuff! There is a You Tube Movie called The Horribly Slow Murderer with the Extremely Inefficient Weapon  that is a personal favorite of hers. She was thrilled to see the Director, Richard Gale, there and learn that he is in the process of making a Feature Film. 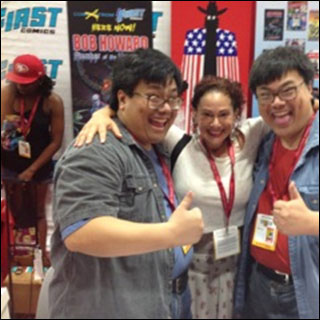 We also attended the Panel featuring IDW editors John Barber and Carlos Guzman, along with Michael Kelly, Hasbro's Director of Global Publishing, where they discussed all things IDW & Hasbro like Transformers! My Little Pony! G.I. Joe! Dungeons & Dragons! Then it was back to the main exhibit floor where we caught up with the Yuan Twins who were signing there new book SERVING SUPES with First Comics.

Hope to see you there next year!