Famous Frames Artist Sean Chen, a storyboard artist known for his commercial and comic work, recently worked along side Marvel and Audi on a spot featuring the Avengers. His job: the penciler.

Once the script had been finalized, Sean stepped in to bring the text to life.

When asked how the frames are conceptualized from the script, Sean stated, “Ultimately, the story determines the composition within those panels, while taking into consideration the special constraints of comics as a medium.  Comics are handicapped by not having movement or sound which usually are important elements that clue you in to what exactly is going on in the story.”

For this piece, Sean drew rough sketches and established the locations and proportions of characters, places, and objects within the frame, and once finished, we have an extraordinary frame that provides clear direction, interesting action, and the beautiful visuals we’ve come to expect.

Sean concluded saying, “This visual storytelling ability is the most important skill that a comic book artist brings to the table.  Composing a scene in comics is quite different from how it would be handled in film.  We really have to be expert visual storytellers.”

Check out the work below and let us know what you think! 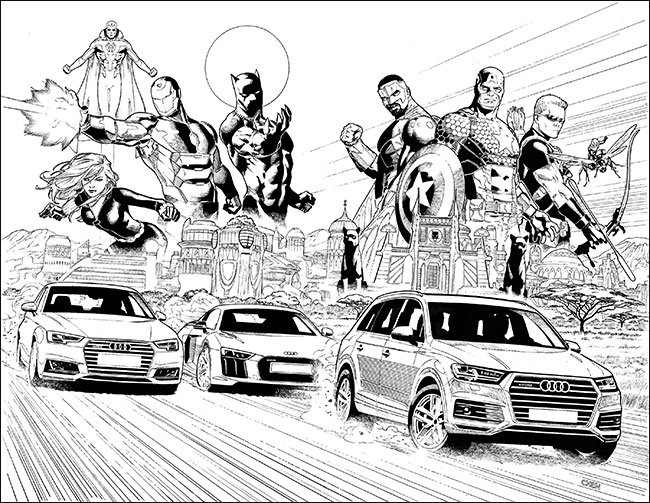 Above: The final pencil of the The Avenger's Cover. 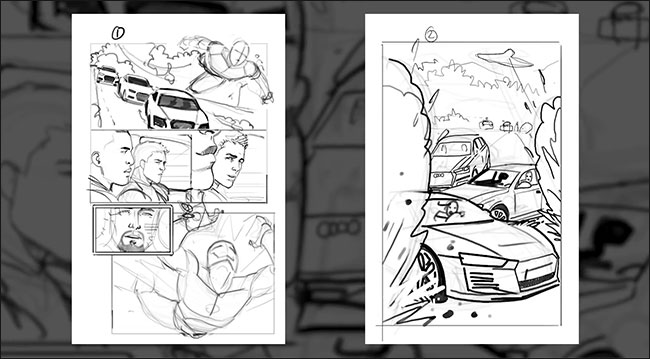 Above: Sean Chen uses thumbnail sketches to plan the layout of each panel. 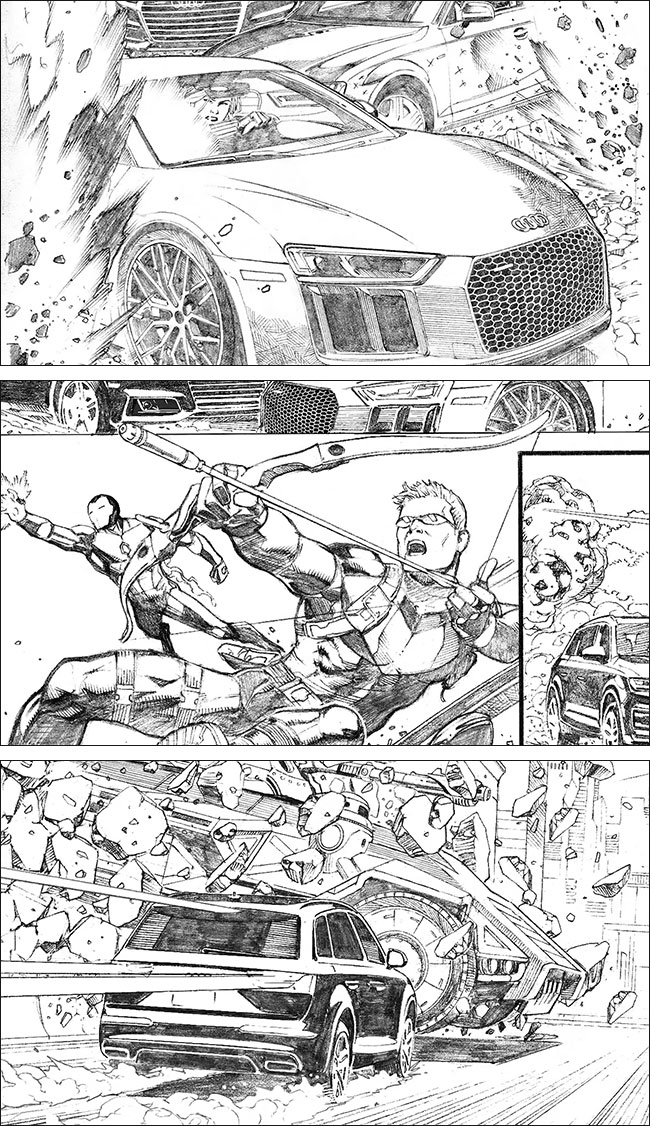