Famous Frames artists handle a variety of art services for productions: promos for photo shoots, key art, on air marketing as well as live events. These services can be used to estimate time and cost of a production, and ultimately bring the vision to life.  Using the 70th Primetime Emmy Awards as a case study we can explore the work that Famous Frames artists have provided to help these shows bring home the Gold.

In a sweeping victory, The Marvelous Mrs. Maisel took home 5 Emmys. You can see a peek of Lanny Markasky's Key art frames for the upcoming season. 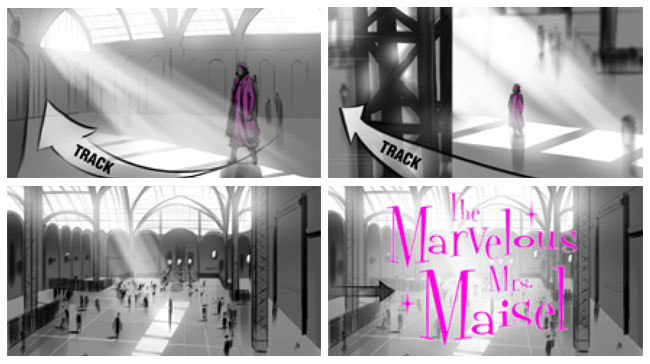 For the winner of Outstanding Drama Series, and Supporting Actor in a Drama Series, Denice Au created these Game of Thrones boards: 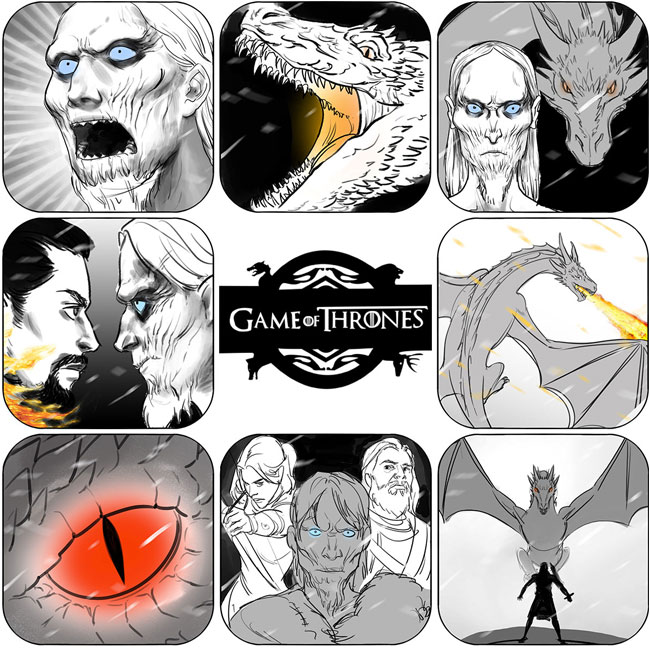 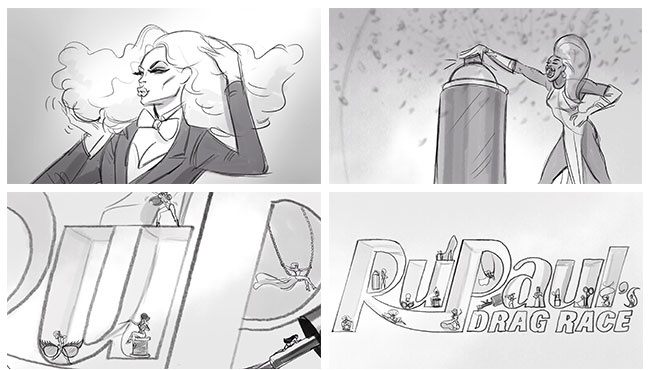 Thandie Newton of Westworld won for Best Supporting Actress in a Drama Series. Here are Lanny Markasky's storyboards for Westworld in which we see 'The Man in Black' getting up to no good. 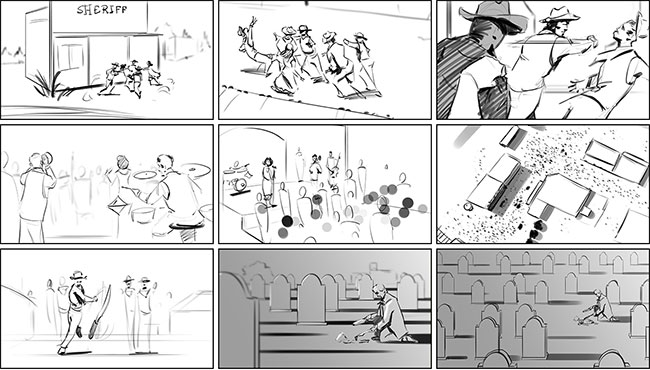 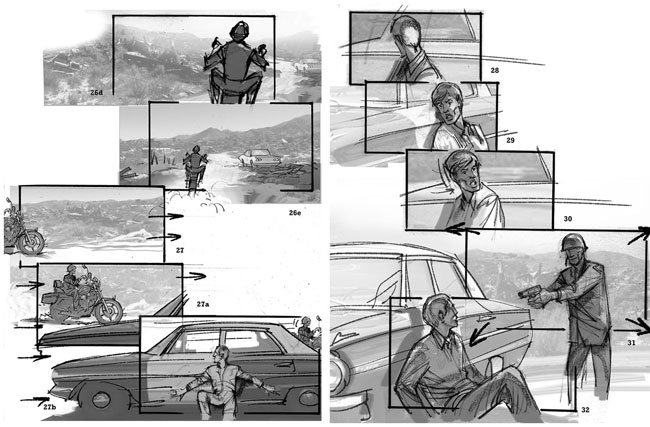 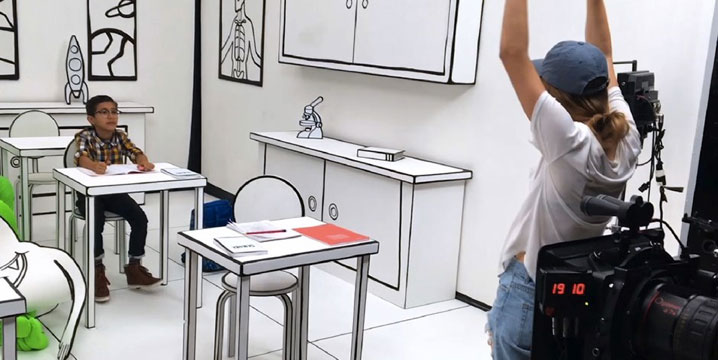 For this year's back-to-school campaign, Target tapped kids to steer their back-to-school production.  They did let one adult work on the project- hiring artist David Larks to create storyboards and animatics that would assist the teen directors in bringing their visions to life.

Here is a behind the scenes look at the making of the campaign: BACK TO SCHOOL

David created the art and animation for the following spots:

“Kids and families are incredibly important to Target, and just as parents recognize the potential in their kids, Target does too,” said Jeff Jones, chief marketing officer, Target. “We were inspired to work even more closely with kids after seeing the difference they made in the development of our new Cat & Jack and Pillowfort lines. Now, we're taking things a step further, allowing kids to put their mark on Target’s community giving and marketing campaign for the back-to-school season. Both are not only inspired by kids, but completely created by kids. Kids didn’t just help with our school-bound efforts, they led them! Take our TV commercials for example: three kid directors oversaw the production, seven kid writers put the stories together, kid illustrators brought the sets to life and a group of girls from the band L2M performed all the music. Simply put, the kids ran the show." Take a peek at what went on behind the scenes of the first totally kid-driven marketing campaign.

David Larks and family are proof of the saying ‘the apple doesn’t fall far from the tree’.  Upon learning that Target's campaign was run by teens, David’s daughter, Cambria Larks 15, an aspiring fashion designer, was hired as a stylist. She was tasked with picking out the outfits for the shoot along with making sure there was continuity with the on camera wardrobe.  Cambria had previously appeared on Project Runway Threads as a Jr. Fashion Designer when she was only 13 years old.  Next week Cambria, along with a few other kids involved are being flown to NY to appear on the Today Show, which will air 8/6!

See some of Cambria's work below. 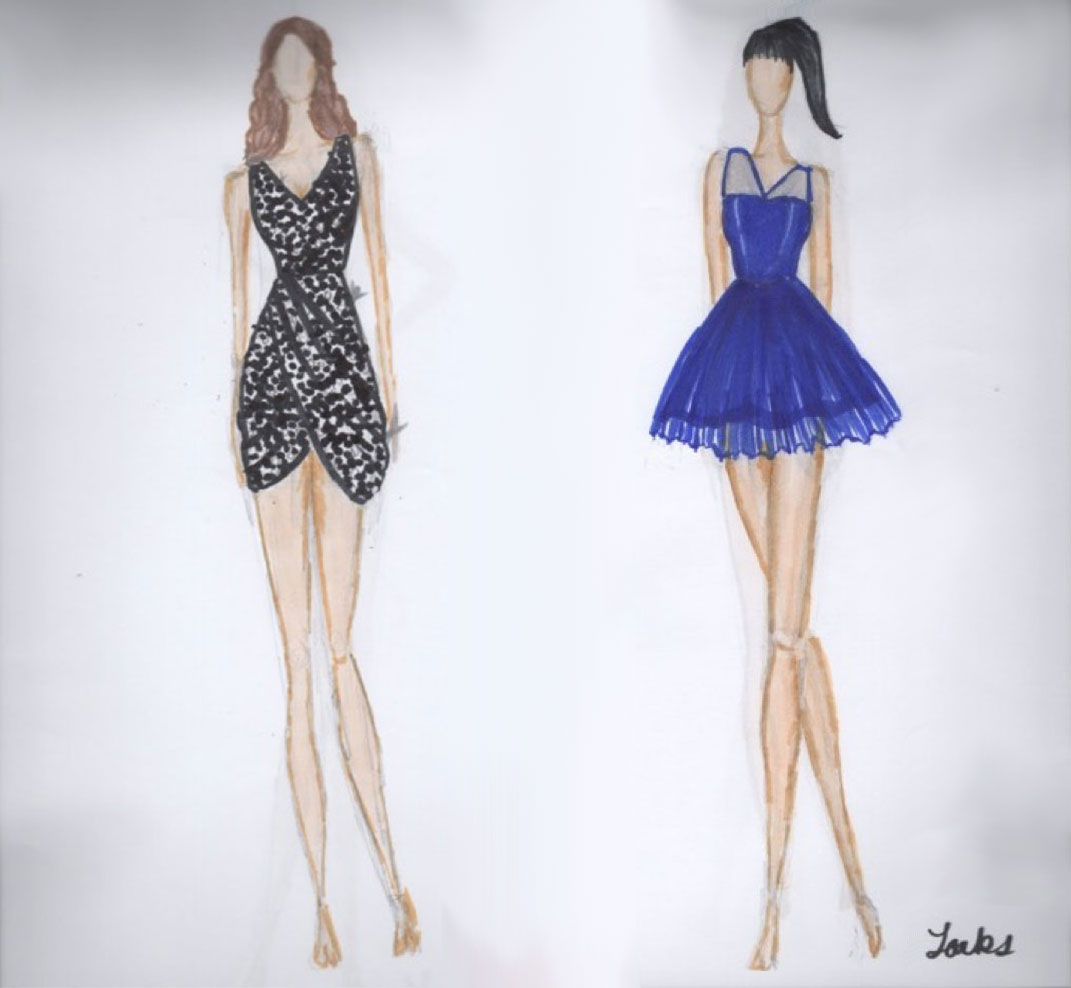