This weekend more than 150,000 people traveled from all over the world to New York Comic Con. The event displayed movies, television, cartoons, magazines, gaming and all facets of fantasy, turning the Javits Center into a place where you can be with thousands of people who understand your language and references, no matter how obscure. Many also got to meet the people who created those comics, or portray the characters in film and television. Two Famous Frames artists, Sean Chen and Mike Deweese, were on the scene signing and promoting their work. 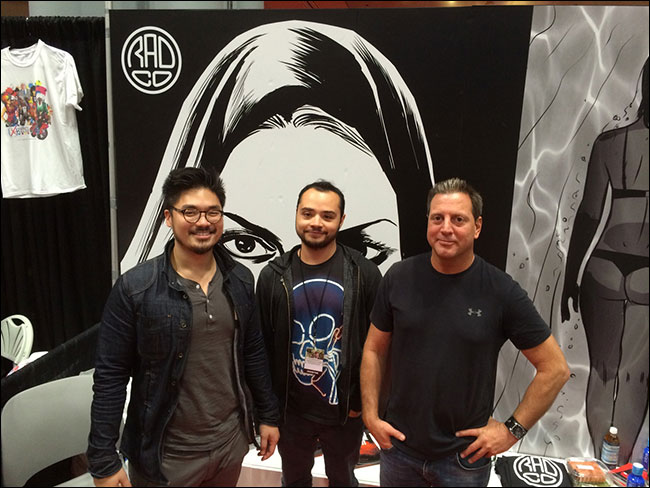 NYC rep Barry Meadows with Famous Frames artists Mike DeWeese and Peter Vu, who came along to check out the awesome art. 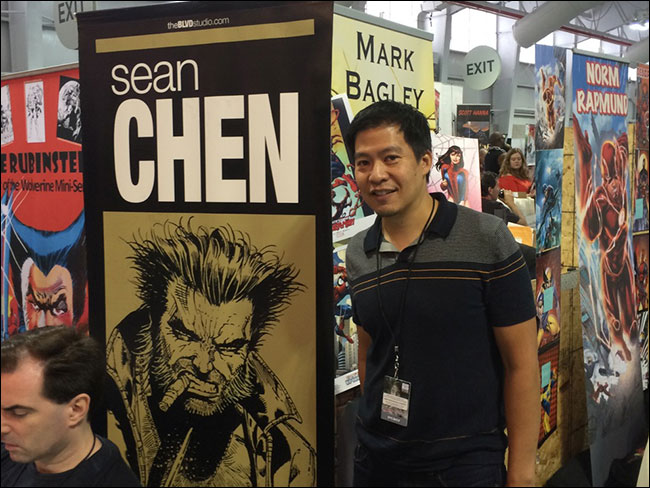 Sean Chen specializes in comic and graphic art. He began his career at Valiant Comics, penciling their flagship title, X-O Manowar, as well as Bloodshot, Harbinger and Rai and the Future Force. His debut book, RFF #9, sold over 900,000 copies. Sean frequently works with Marvel Comics, where he drew Iron Man for over three years. His other works include Wolverine, Elektra, and the maxi-series X-Men: The End. 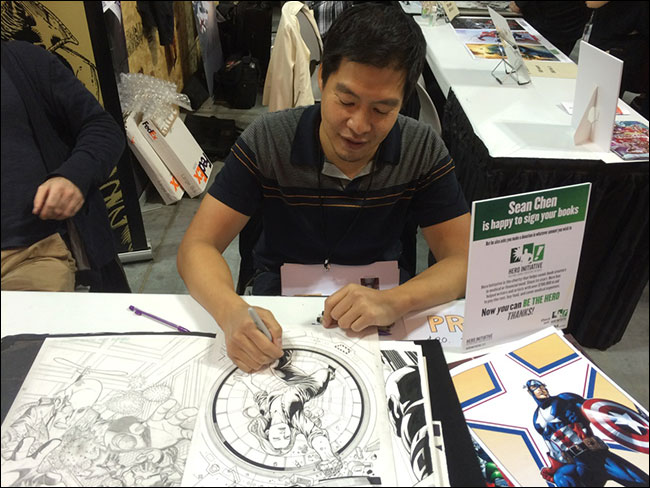 Mike DeWeese was there promoting the comic supplement to the 2014 indie film A Girl Walks Home Alone at Night. The film is being released in New York and Los Angeles on November 21, 2014. Director Ana Lily Amirpour has written a six-part comic series, which explores the titular Girl’s backstory, with art from Michael DeWeese. Comic publishers Radco will be selling the comics digitally through Comixology and then packaging them as a graphic novel, both digitally and in print form. 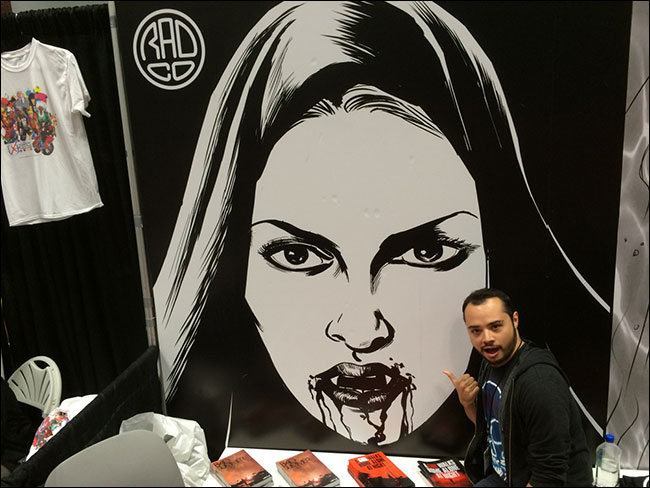 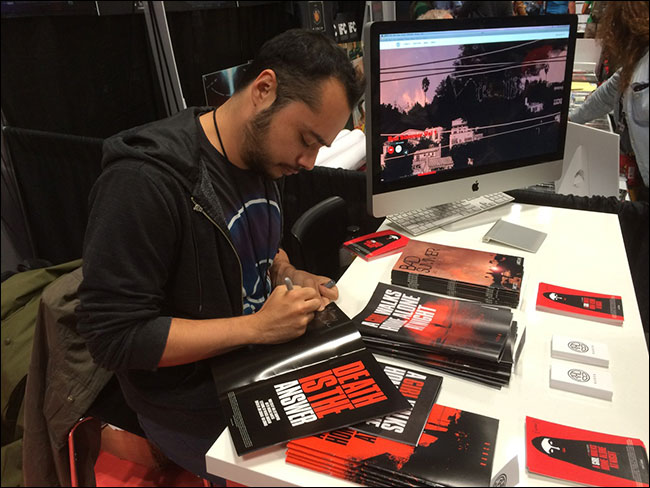 Here you can see artist Mike Deweese at Comic Con signing copies of A Girl walks Home Alone At Night.